When dealing with property agents & developers in Thailand the middle man is normally not authorised to speak on behalf of the developer. This meaning that whatever agreements you made with the agent might not be in the contract when […]

When dealing with property agents & developers in Thailand the middle man is normally not authorised to speak on behalf of the developer. This meaning that whatever agreements you made with the agent might not be in the contract when you sign. The large property developers tend to have their own marketing departments who can assist however they do not do the majority of sales in Thailand. Always seek legal advice before you agree to anything.

A good case in point were property developers themselves in Samui in 2006 when a front page of the property section of the Bangkok Post stating:

“People interested in buying property on the resort island of Koh Samui have been warned they could end up with an illegal title, as only 10% of the property developers operating there are licensed. Sathorn Luangpatipat, president of the Surat Thani Consumer Protection Association, said information from the Koh Samui land office showed that as many as 90% of developers advertising property in magazines and on websites were not licensed to do business.” 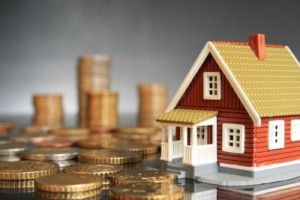 registered as a business in Thailand. Should anything go wrong it will be very difficult to recover your money. As stated before that the property market in Thailand is not well regulated. So you need to ensure that the property is correct with a due diligence report as well as ensuring that the contracts are correct. Failure to do this will result in cost litigation and recovering your money impossible. Always seek a Chanote title deed.

As the companies are your ‘fly-by-night’ operations they will more likely note subscribe to the land allocation laws of Thailand. These laws dictate which licences are needed for a property development amongst other things. These licenses need to be checked and this is what a due diligence report will also cover. You cannot develop property in Thailand when you are not registered. The title deed has not been checked and also that the licenses are in place.

Case in point was a large property development in Samui where the development was built on an incorrect title deed. The title deed was meant for the land being a wild life reserve. Those who bought units of up to 8 million Baht (USD220,000) a Rai lost their investments. One of the most common issues is building in mangrove forests which shield the island during storms. This the Thai government clamps down on very fast.

Note that these do not only reflect on new developments. But also older developments where the house or villa could have been sold a number of times. Just because nobody checked in the last 15 years. Does not mean that you the current owner could possibly lose their property. This because they have now only decided to investigate the land you are on.

Always seek proper legal advice in Thailand before you buy property or make any long term investments in Samui or Phuket for that matter. Ensure that you obtain a due diligence on the property even when it is not new.